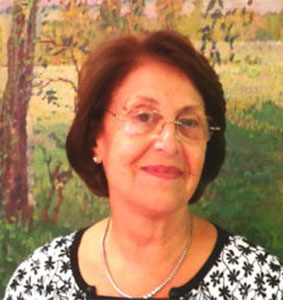 Attorney Laura Remiddi was born and lives in Rome. She graduated cum laude from the University of Rome “La Sapienza” in 1963 and is licensed to practice law in Italy since 1966. Ms. Remiddi is prevalently a civil attorney, in particular in the field of family law and international private law. She has been practicing for many years from her office in Rome, in Via Barberini 3, which is located in the same premises as the International Law Offices of Guttieres & Grillandini with which it collaborates in the more complex matters of family law. Her great professional experience and uncanny legal skills have proven invaluable to in the countless occasion that she has collaborated with G & G.

Since the sixties, Atty. Remiddi has participated in the League for the Creation of divorce and various other research and study groups that address issues of women’s rights, of equal opportunity, and of equal rights within the context of the family nucleus. Ms. Remiddi has made countless contributions to various scientific and political group, parliamentarians, and political parties aimed at legal reform in matters relating to abortion, prevention of sexual m crimes, adoption, citizenship, and in the laws regulating separation and divorce.

From 1984 to 1990 she was a member of the National Commission for the Realization of Equality between Man and Woman created by the Council of the Prime Minister. In said capacity, she coordinated the working groups “Women and the Law” and “Women and the Institutions”. Subsequently, Ms. Remiddi continued to collaborate with said Commission as an expert.

Atty. Remiddi frequently writes articles for newspaper and periodical, and has published several books on matters relating to women’s rights; She lectures frequently in conferences and symposiums, and is often a guest speaker on television and radio programs as an expert in matters relating to legal rights of women, family law, the rights of minors, and other legally related topics.

This website uses cookies to improve your experience while you navigate through the website. Out of these cookies, the cookies that are categorized as necessary are stored on your browser as they are essential for the working of basic functionalities of the website. We also use third-party cookies that help us analyze and understand how you use this website. These cookies will be stored in your browser only with your consent. You also have the option to opt-out of these cookies. But opting out of some of these cookies may have an effect on your browsing experience.
Necessary Always Enabled
Necessary cookies are absolutely essential for the website to function properly. This category only includes cookies that ensures basic functionalities and security features of the website. These cookies do not store any personal information.
Non-necessary
Any cookies that may not be particularly necessary for the website to function and is used specifically to collect user personal data via analytics, ads, other embedded contents are termed as non-necessary cookies. It is mandatory to procure user consent prior to running these cookies on your website.
SAVE & ACCEPT